Masuru Emoto was born in Yokohama, Japan on July 22, 1943. Emoto’s interest in water began at age 13 when his father gave him a microscope.

His passionate devotion to water has led him to study the crystallization patterns of water under differing environmental conditions. Water is the foundation for all life. It’s one of the most essential substances on the planet and essential for us to survive.

Dr Masaru Emoto is a Japanese author and entrepreneur who made a name for himself in the 1990s through his claims that human consciousness has an effect on the molecular structure of water. Before his work, many people believed that water was rather rigid and unable to be affected by human emotions or intent.

Dr Masaru Emoto performed a set of experiments to prove the effects of human thought, words, and music on the molecular structure of water. He was a pioneer in demonstrating how thoughts can change physical reality and create infinite possibilities. In his experiments, he discovered that water was affected by human consciousness, words, and music. He focused on the power of intention and its effect on the molecular structure of water. In Emoto’s study, frozen water was bombarded with classical music, heavy metal music, prayers, words of gratitude, and various other sounds or words. It was found that frozen crystals formed perfectly hexagonal patterns when exposed to positive words or classical music but not so with negative words and rock music. More than 450 times Dr Emoto performed his experiments with water/ice. He published more than 200 special reports and proved that every single time the outer shape of the frozen water changes depending on sound, words, music, intentions, or feelings. 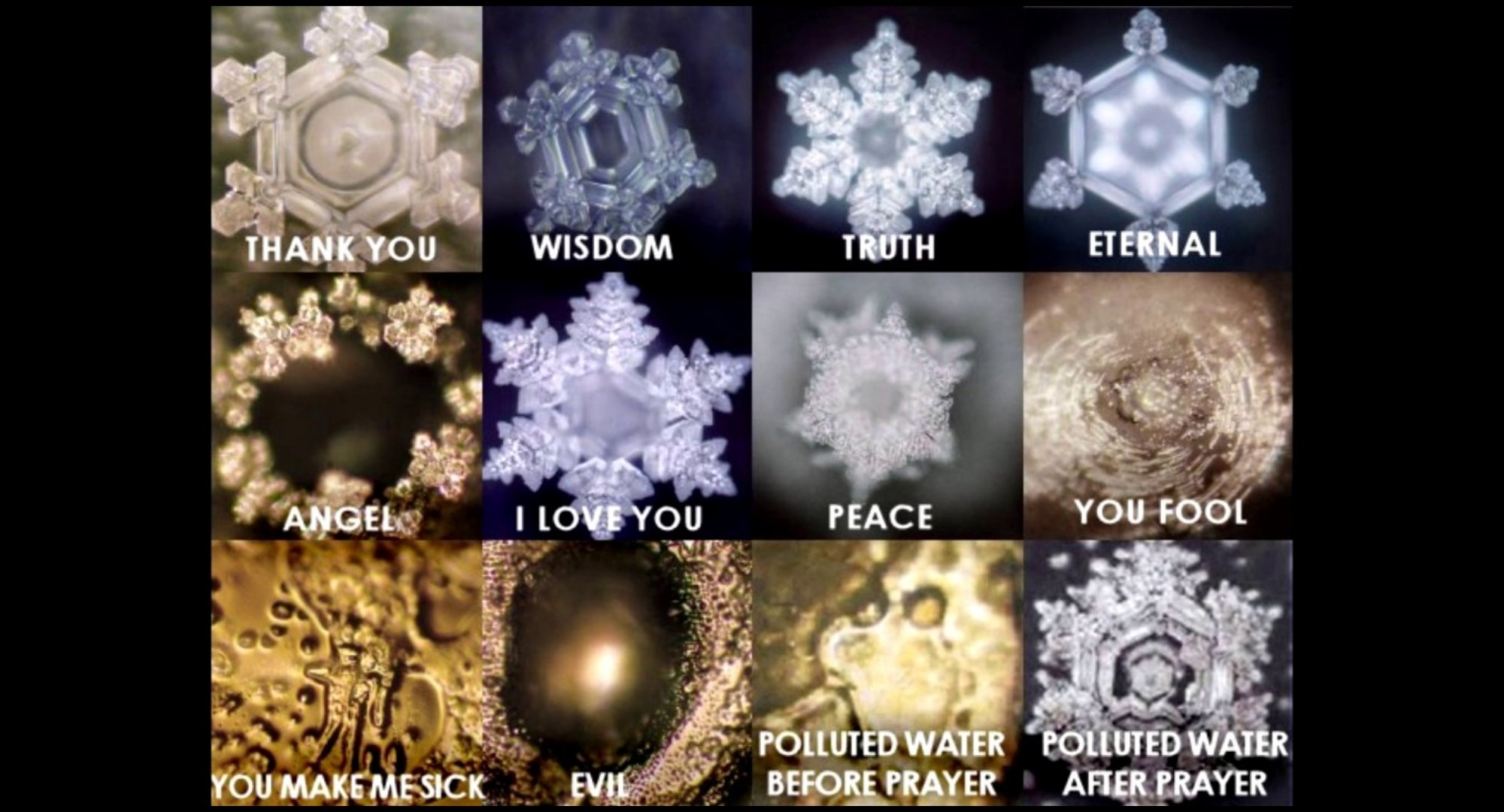 These are the findings of Japanese scientist, Dr Masaru Emoto, who studies the molecular structure of water with time-lapse photography. He published his findings in his book Messages from Water.

Masaru Emoto’s book ‘Hidden Messages in Water‘, published in 2004 was a best seller internationally with more than 1.6 million copies sold worldwide in more than 20 languages. In July 2011, the book was number 4 on The New York Times Bestseller List and remained on the list for 29 consecutive weeks.

Dr Masuru Emoto was also a founder of Hado institute in Tokyo, whose main purpose is “the advancement of humanity and medicine” through the use of positive thoughts.

In February 2014, Emoto had announced his decision to retire from the Hado Institute. At that time he said he was dedicating himself to prayer and meditation at his home in Japan.

Dr Masuru Emoto, the founder of Hado Institute and creator of the world-famous Messages in Water-Message Using Sacred Symbols – died from a heart attack at his home on October 17, 2014. He was 71. The Hado Institute – still running under Dr Emoto’s daughter’s direction.

He was a world-renowned leader in the field of alternative health and holistic living and dedicated his life to bringing pure drinking water to all people and contributing to society through his research so that we can all live together in harmony.